How Purging Physical Clutter Got Rid of My Emotional Clutter Too

This is a guest post by Jenn of Live a F.A.S.T Life

When I decided to get rid of 80% of my belongings and majorly downsize my life, it was for a specific reason.

To move into a 160 square foot tiny house.
I had become enraptured with the idea of tiny houses after watching the documentary, “Tiny,” on Netflix and had been making plans for my own tiny house ever since.

So, as my house was being built a few hours away, I took on the task of going through ALL of my life’s belongings and narrowing it down as much as possible.  (Do you know how small 160sf really is?)

The funny thing was, at no point during my downsizing journey, did I feel scared or freaked out at the stuff I was getting rid of.  I think I had really come to a point where I wanted to make a major shift in my lifestyle and my perspective on life, so once I decided that, there was no turning back!

But, one thing did end up surprising me about my de-cluttering process.
How purging my physical stuff ended up helping me to purge a lot of emotional stuff too.
Let me back up for a minute.

See, I had been through quite a slew of traumatic events over the course of about four years.

First, I was in a relationship that was emotionally (and at times, physically) abusive.  It’s one of those things that you think will never happen to you, yet there I was, in an abusive relationship for just under four years.  So every day, day in and day out, I was living at the absolute max of my adrenaline.

Then, right when I finally got up the nerve to finally leave for good, my father passed away.  On a side note, my father and my ex-fiancé were very much alike, so needless to say, it did a number on me mentally to “lose” them both at the same time.

Then there was a short period of time where I thought things were getting better… but during that time, my health started to plummet out of the blue.  I started having trouble sleeping, had major GI issues, headaches, dizziness, heart palpitations and worst of all, debilitating fatigue that made it difficult for me to even get through a regular day.  I also had a surgery, dental work, long work hours, a hostile work environment and a poor diet at that time, which I didn’t know mattered… but it did.

Then, the final blow came in September 2013, when my mom (who was also my BFF) passed away after a six-month battle with cancer.

Needless to say, it was a LOT to process.

And as it turns out, I guess my body didn’t process it all too well.

I ended up with advanced adrenal fatigue (hence the myriad of symptoms I was experiencing) and had to start some serious lifestyle changes to start healing – things like cleaning up my diet, going to bed at a decent time and sleeping until 9, taking naps, meditating and doing neuromuscular exercises.

Slowly but surely, I could feel the new routines starting to make a difference.  One thing I never would’ve expected though, was how my downsizing and de-cluttering process would play into my physical healing too.

Because as I went through tons of old possessions – photos, keepsakes, clothes, jewelry, books, journals – all kinds of things with sentimental value and memories attached, I was FORCED to go through my emotional junk too.

Seeing things that reminded me of my mom, my dad, old friendships, my ex or even my dog that had passed away, obviously brought up a lot of feelings.  But instead of pushing them down or distracting myself (like I would have in the past), I actually let myself feel them.
I think I was just in a good place to actually be able to handle those feelings and more importantly, I was ready to be done with them and let them go.  In fact, I think that’s why God orchestrated all of this stuff in my life to happen at the same time.

Sure, it was overwhelming sometimes.  Like the day that I went through TOO much at once and had a bit of a grief meltdown that night.  But even then, it was emotion that I needed to feel and release, so I could finally move on.

Plus, I had a pretty significant realization during those moments of going through my more sentimental items.

I realized that those things were just that – things.  And not the actual person or place that I was missing.

And I realized that the sooner I was ready to really let these things go, the sooner I could be living a freer, healthier, happier and more stress-free life.  Which I’m pretty sure my passed loved ones would want for me anyway.

You may not have had a string of traumatic events in your life (I can only hope you haven’t!) or even any yet if you’re lucky.  But chances are, if you are holding on to any amount of clutter, you probably have some kind of emotions attached to it.  Even if it’s just guilt, frustration or procrastination.

And you can release those emotions too through physical purging.  Getting rid of the things that you meant to use, thought you’d use or felt obligated to use… will make room for you (both physically and mentally) to actually do the things you WANT to do!

In fact, the emotional freedom and release you will feel from physically purging your clutter might just surprise you.  So what are you waiting for?

Ready to start purging your clutter and living more stress-free but need a little help?  We’ve got you!  Come to Jenn and Allie’s FREE workshop: “Clear House, Clear Mind: 5 Steps to Start Purging the Clutter and De-Stress RIGHT NOW!” on May 4, 2016 at 6 p.m. PST/ 9 p.m. EST by registering right here! 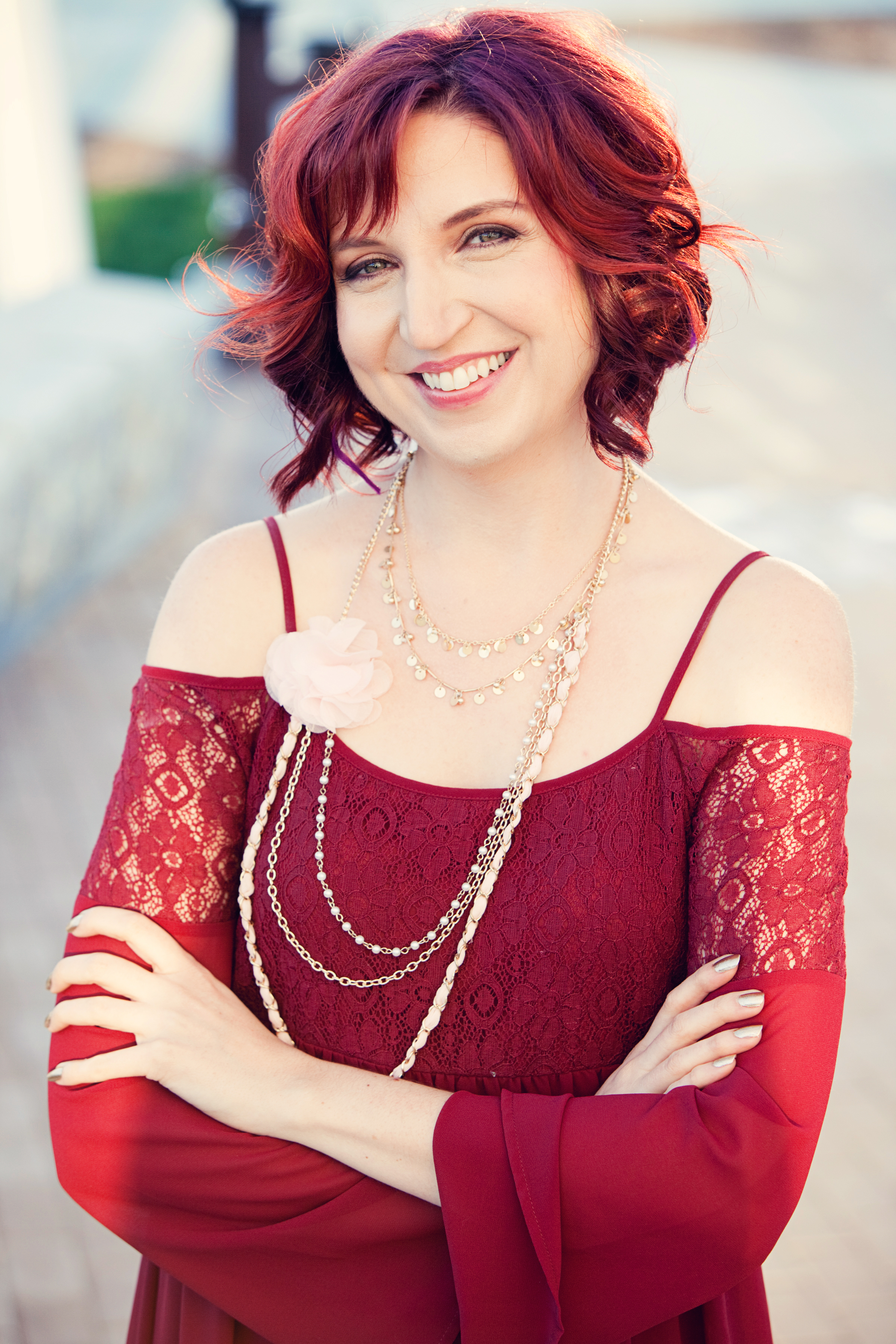 Jenn Baxter is an accomplished writer in Charlotte, NC, who has been published in numerous print publications, as well as featured as a columnist on Beliefnet.com.  Her freelance clients span across the nation, as well as Australia and the UK, in the fashion & beauty, health & wellness, travel and life coaching industries.

In 2015, she launched her website, Live a F.a.s.t. Life, based on her own experiences with clean living, emotional health and downsizing into a 160 sq. ft. tiny house, and released her first book, “Tiny Abundance:  My Journey to a Simple, Yet Fabulously Abundant Life in 160 Square Feet,” which is available on her website and Amazon.com.  She also strives to help others learn to clean up their homes, their bodies and their lives in her first e-course collection, “De-Clutter, De-Tox, De-Stress.”