Silencing the Negativity in Your Life 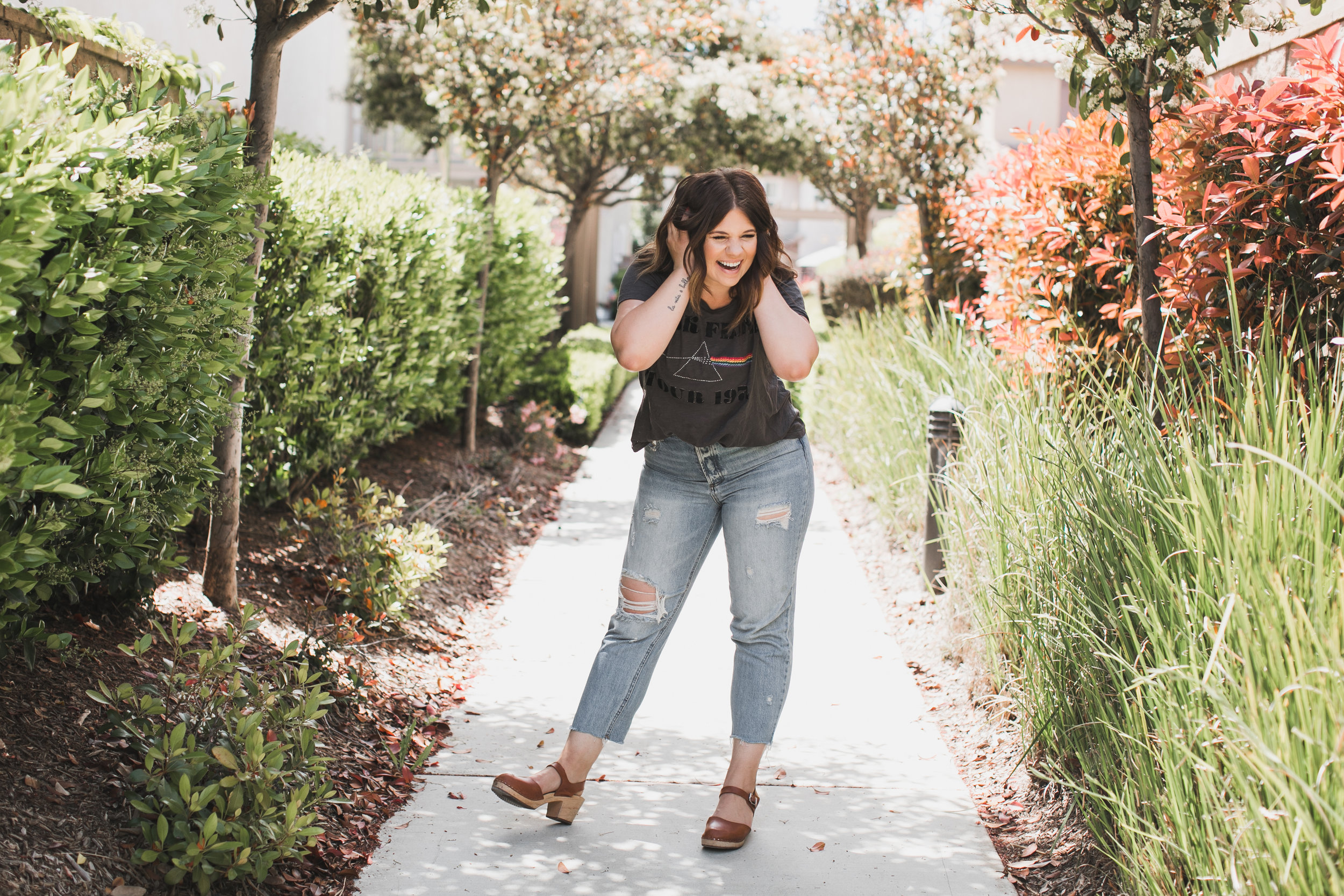 If you’ve been alive on this earth for more than five minutes you might have noticed that there are some pretty negative people out there—especially on social media. These are the people who just drain the joy from you. They’re like vampires—just sucking the life out of everything.

It’s so annoying and so rude and uncalled for.

There was a time in my business when everything was pretty new, but things had really picked up and a lot more people had eyes on me, my business, and my blog.

I would get so many negative comments and rude messages and I still get them!

I think to myself, How can you even find anything negative so say about my message? I’m literally talking about lightening your load so you can live an unburdened, abundant life. I’m just trying to help!

It took a long time and a lot of practice to let things go. And I still have times when something will really bother me and I’ll want to respond, but it takes so much more now.

I used to feel like I had say something just to put the vampires in their place, but I’ve realized that I don’t have to give my energy to life-draining people.

I don’t have to let people pull me into their negativity bubble. And you don’t either. We can say no.

We can set ourselves free from the weight of the opinions of others. And when we stop letting negativity affect us, then we’ve won.

So, how do we silence the vampires in our lives?

I always hear, “Well, everyone is entitled to their opinion.”

While yes, that’s true, sometimes vampires force their way into your life and inflict their opinions on you, and that’s wrong and rude.

Honestly, vampires can be bullies. They put you down to make themselves feel better. And you don’t have to put up with it.

So, say no to that. Set yourself free. You’ll feel so much lighter.

KILL THEM WITH KINDNESS

This sounds so cheesy, but the best way to handle negative people is to just kill them with kindness.

Note: This is definitely not my natural reaction. It sucks, and it’s hard, but it works.

Once, when someone was very rude and intrusive and really put me down because of a decision that I made, I decided to just say, “Wow! You really feel strongly about this. I guess it’s a good thing that I don’t feel that way because this is just what works for us.”

My reaction was almost sarcastic. But my intent was to basically back up and give the other person the floor. That’s all they really wanted, anyway.

Your negative person might just want you to see that they feel really strongly about whatever it is.

So, just acknowledge it, smile and move on.

Another option would be to just ignore them. Especially online. Just don’t even give them the time of day.

Don’t delete it. Don’t respond to it. Just let it sit there. Let them do their thing and just be silent.

This is how I handle messages that are alarmingly rude. Just silence. I don’t even give them attention.

Also give it silence in your own brain. You’ll be a lot happier. It’s not worth the space in your brain for you to let it bother you.

I think another big way of dealing with negativity from other people is just realizing that you don’t have to convince them of anything. You don’t have to explain yourself.

People want to try to convince you that you’re wrong and that their way is better. But when I release myself from the belief that I have to convince other people that I’m right, it fizzles out the argument. There’s nothing else to say.

Besides, their need to fight is usually because what you’re doing triggers them in some way. So they want to tell you that you’re wrong.

Trying to convince your negative person that your way is right sometimes just fuels the fire. But if you ignore it, there’s no gasoline on that fire. It takes two people to argue.

If you find yourself easily offended by something someone else says, I think it’s important to make sure that it’s not your own personal issue.

If every time you’re around someone you feel on edge. Or if you’re offended every time they say anything, it might be something going on with you that you need to fix.

The way we react to things is really about what’s going on in us. If you can’t stand how critical someone is, maybe you’re really critical, and you don’t like that about yourself. So, maybe you notice it in other people.

Look for ways to remove yourself from unhealthy situations where the negativity chronically and constantly brings you down.

It might mean putting distance between you and another person. If it’s someone you work with, you’ll have to find another way to work through it, maybe by ignoring them or by just being super nice to them.

If your unhealthy environment is online, it might mean putting limits on your social media presence. Or you may have to take a step back from those platforms altogether.

However this applies to you, I just encourage you to look for ways to remove yourself from unhealthy situations that chronically and constantly bring you down.

You don’t deserve that. Don’t put yourself through it. Don’t even let it be an issue in your life.

I hope these words cause you to see that as long as you’re fulfilling your purpose for your life, then it doesn’t matter what other people think. Don’t let these negative vampire-people suck the joy and confidence out of your soul.

And we can live unashamed knowing that we have a purpose and there’s nothing wrong with living out our purpose in whatever way we think best—even if others disagree.

I believe confidence is key to living out your truth and your calling. And I believe in speaking life and truth over ourselves each day. 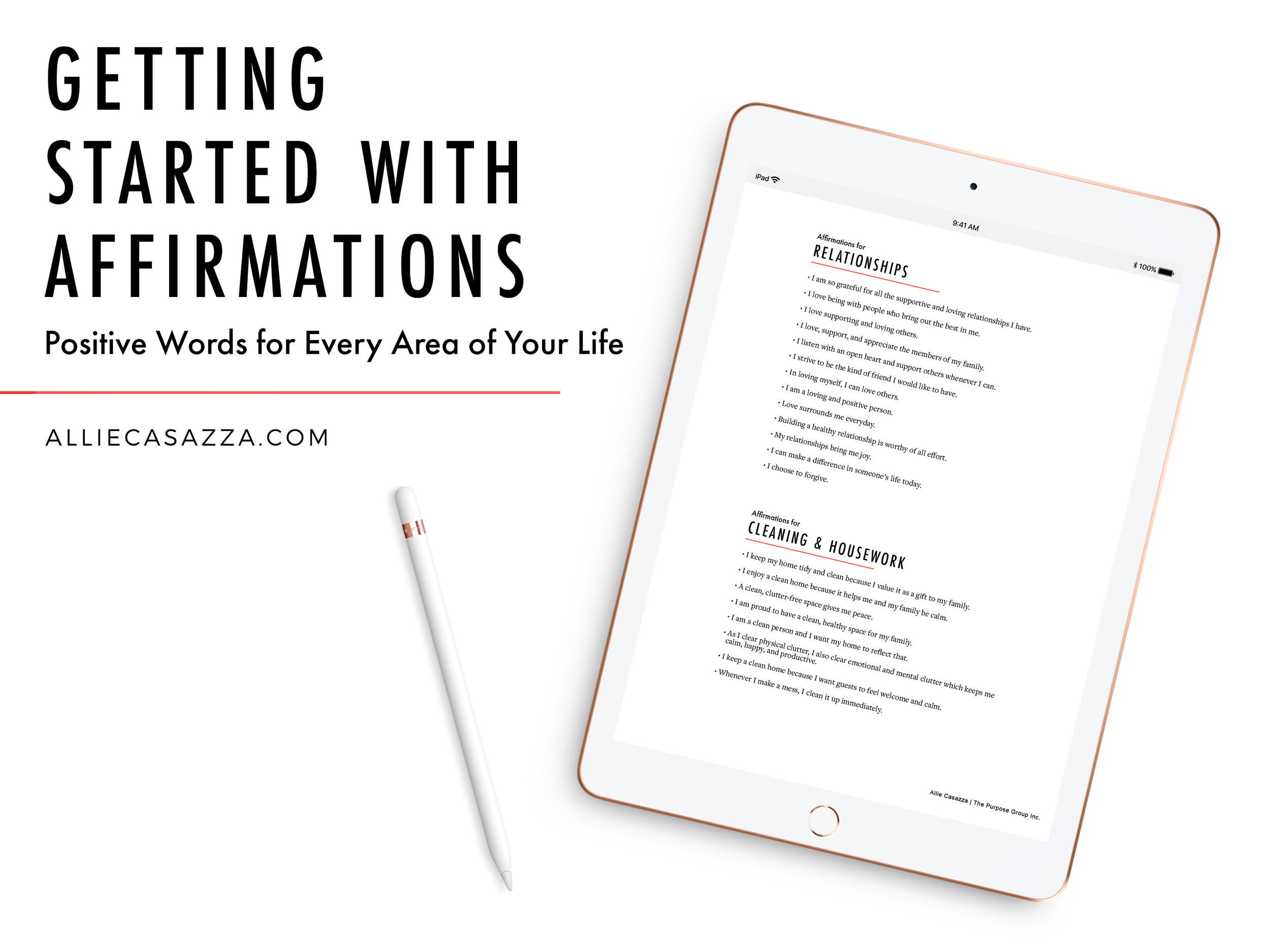 If you want to start speaking life and affirmations over yourself but you don’t know what that means or you just need some inspiration, look no further, I’ve got you!

I created a guide full of affirmations for every area of your life.

So, you do you, girl. You own your life. You own your decisions. You stand up to the bullies and the vampires of this world. Cause you’re friggin’ Wonder Woman.

Your Guide to Intentional Gift-Giving

Every year after Halloween, my family sets an intention for our holiday season. This conversation […]

5 Ways to Stop Dreading the Holidays